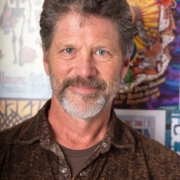 Mandy Ingber, The New York Times best-selling author of Yogalosophy: 28 Days to the Ultimate Mind-Body Makeover and  Yogalosophy For Inner Strength: 12 Weeks to Heal Your Heart and Embrace Joy, is a celebrity fitness and wellness expert. 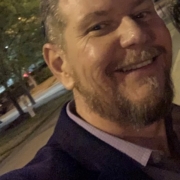 Phil lost the majority of his hearing when he was 9 years old. In 2018 he began his return to hearing journey receiving his first cochlear implant. 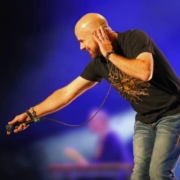 James Dylan is the power and electric voice for Jason Bonham’s Led Zeppelin Experience. This band has toured the world, and celebrated 10 years of sharing the joy and music of Led Zeppelin. Artist, photographer, designer, and dreamer, this episode is full of inspiration!

David is an author, public speaker, philanthropist, and endurance athlete. In his book, “Cycle of Lives,” David shares interconnected stories of people overcoming trauma from emotional journeys with cancer. 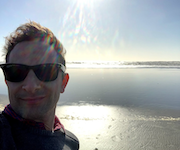 Rabbi Josh Rose started Co/Lab: Growing Creative Jewish Portland, after over a decade as a synagogue rabbi. He hailed from multiple generations of rabbis, and first to carve a divergent non-rabbinical path. 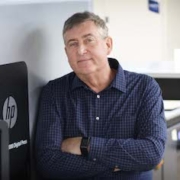 Steven Spatz is a writer, marketer, and the President of BookBaby, the nation’s leading self-publishing services company. After a long career in direct marketing with Fortune 500 companies including Mattel and Hasbro, he joined AVL Digital in 2004 to lead the direct-to-consumer marketing teams for music industry-leading brands Disc Makers, Oasis, and CD Baby. 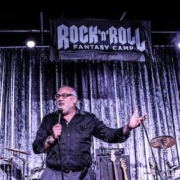 Whether he’s producing a tour, assembling an All-Starr band with Ringo Starr, or writing a best-selling book, there’s one thing David Fishof is always doing: dreaming. Hailed as one of the most innovative entertainment producers in the world, David’s been responsible for some of the most successful live shows ever brought to the stage. But of all the shows over his 40+ year career, one production stands out: Rock ‘n’ Roll Fantasy Camp. 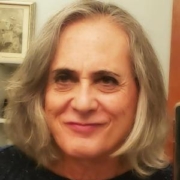 Transition: when Lauren’s Snyder’s marriage ended in 2015, she moved permanently to Santa Fe to pursue art and evolve into life as a woman. Her playful work and colorful palette explore gender identity, feminine ideology, and personal, emotional experience as a transwoman. 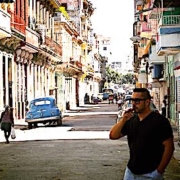 Lincoln Salazar is the highly-respected Publisher and CEO of the award-winning Cigar & Spirits Magazine. As publisher for over a decade, Salazar has created a multi-media luxury lifestyle brand that includes the magazine, in-person product-showcase events, online video, and social media content. 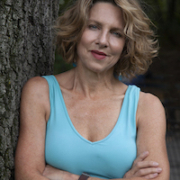 Gabrielle Glaser is the author of “American Baby: A Mother, A Child, and the Shadow History of Adoption,” which tells the shocking truth about postwar adoption in America through the bittersweet story of one teenager, the son she was forced to relinquish, and their lifelong search to find each other.

John works as a wilderness guide specializing in outdoor education and self-awareness by enhancing the powerful human connection with nature, while navigating some of the most wild and remote places in existence. As the owner of Rocky Mountain Backpacking, an outdoor adventure company based out of Santa Fe, New Mexico, John strives to share his passion for the natural world.

No one knows Los Angeles like Hollywood location scout and director Jason Wisch. He’s a City of Angels native, but has also traveled the world. Between his love of photography, keen eye for what works on camera, and his motto, “I have never been to a place that I can’t find something I like” made him a perfect candidate as a location scout. 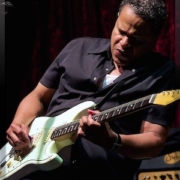 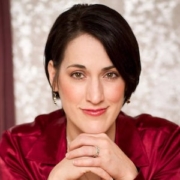 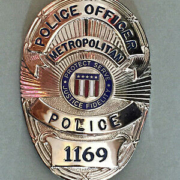 In this episode I candidly talk with “Bernie,” a 30-year veteran of a metropolitan city’s police force. 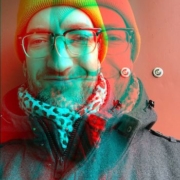 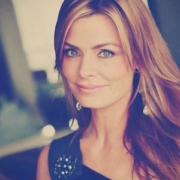 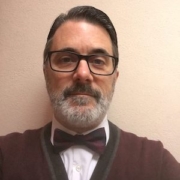 In this fascinating conversation with Tim Proctor, a licensed funeral director and embalmer, we talk about death, guilt, the strangest thing he’s seen as a mortician, and how death informs life and identity 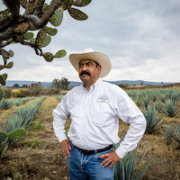 Tequila Alquimia founder, president, and CEO, Dr. Adolfo Murillo, was born in the small town of Agua Negra, where his grandfathers raised their families as an entrepreneur and farmer. When Adolfo was born, he witnessed the care and attention his grandfather Abelino gave to his land, crops and herds to provide for his family and the community around him. He always said, “Take care of the earth, and she will take care of you.” We discuss life between bridging cultures, professions, and how these interest with Eyedentity. 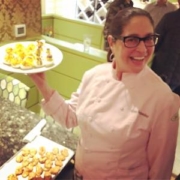 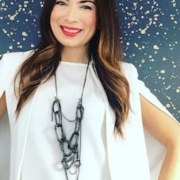 Johnna Wells is propelled by momentum and a heartfelt call to cultivate connection and champion for community. As a second generation Auctioneer, Artist, and Advocate, Johnna partners with change makers, empowering each along the way to be the change they wish to see in the world. 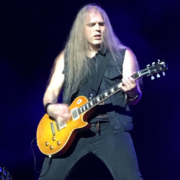 Brandon Cook is a multi-talented guitar player for major rock bands including Black n’ Blue, Dilana, The Loyal Order, and State of Balance. The recent song, “Ready for Dead,” by the Loyal Order, has over 1 million video views, and the debut album is released July 2020. 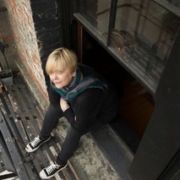 A skipping stone from Portland, to Michigan, New York City, and back to Portland. It was theatre and dance worlds in Manhattan. In Portland, total immersion into the radio broadcasting world (KGON, Q105, The BEAT, and KINK), more dance, theatre, art, and endless music. 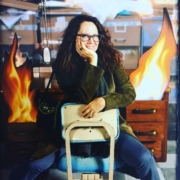 Kelly Carlin, daughter of the brilliant comedian George, is a thinker, writer, talker and doodler. She’s funny, serious, silly and deep. Her fascinations range from discovering how to live a deep life, to freedom of expression, to the evolution of consciousness and the American psyche. 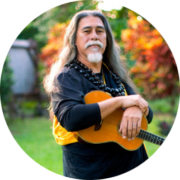 Kalani is a gifted storyteller, songwriter, musician, poet, philosopher, priest, political satirist, and peacemaker. A Hawaiian practitioner and cross-cultural facilitator, he has experience promoting social justice through conflict resolution. His lectures inspire, challenge, and entertain while calling all to be their greater selves. 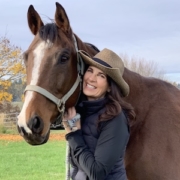 Sandi is the founder of Activating Happy, an integrative conference that brings together experts in medicine, psychology, and science to explore remarkable advances in brain science to rewire your brain to activate optimum living. 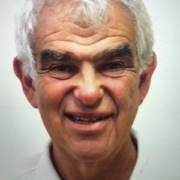 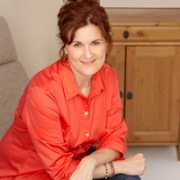 KAREN KARBO is the author of fourteen award-winning novels, memoirs and works of non-fiction including the best-selling “Kick Ass Women” series. Her 2004 memoir, The Stuff of Life (2004), about the last year she spent with her father before his death, was a New York Times Notable Book.

Tom Hallman Jr., 64, is considered one of the nation’s premier narrative writers. During his career, he has won every major feature-writing award. A common thread in all of Hallman’s stories is the exploration of the character’s heart and soul. He’s a frequent contributor to Readers Digest and author of four books. 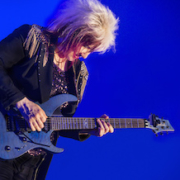 Jennifer Batten’s been playing guitar since age 8. In 1987 she was chosen from 100 guitarists to play on Michael Jackson’s BAD tour which travelled the globe for 1 1/2 years. She remained with Michael Jackson for ten years. Within a year of the HIStory tour’s completion, British guitar icon Jeff Beck asked her to join his band.

Welcome to the very first episode of Eyedentity Talk – a podcast that aims to create deeper conversations with dynamic people from all walks of life about how new lives completely shifted who they thought they were and ultimately, how they come to “see” themselves again.

Today, I’m excited to converse with Kevin Rankin. Aside from being a rockstar drummer, he’s an amazing human and a talented individual, that like many of us, went through some meaningful midlife shifts.