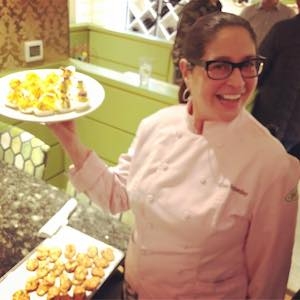 While at the Culinary Institute of America, she was selected as one of the Top Ten Student Chefs in America by Food and Wine Magazine. After graduating with honors in 1995, she continued honing her skills at two four-star restaurants in New York City – Lespinasse and Le Cirque. Her education continued with apprenticeships in Provence, France, at Roger Verge’s Moulin des Mougins and at Mark Veyrat’s L’Auberge de L’Eridan in Haute Savoie.

In 2009, Schroeder released her critically acclaimed cookbook, Mother’s Best, and appeared on the Today Show, QVC and more. She is the recipient of the IACP Chef/Restaurateur Award of Excellence, National Restaurateur of the Year from Independent Restaurateur Magazine and the Woman of Achievement Award from the Oregon Commission for Women. Chef Schroeder nurtures her community as well as her guests. She participates in numerous charities and causes including Share Our Strength, Basic Rights Oregon, Americans for Gun Sense, Our House, the Raphael House and the Bradley Angle House.

Me, My Selfie and Eye: Good Grief by Cheryl Jones
Scroll to top