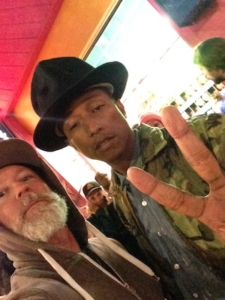 Jason Wisch – Location! Shootin’ the Sh*t With a Hollywood Scout

No one knows Los Angeles like Hollywood location scout and director Jason Wisch. He’s a City of Angels native, but has also traveled the world. Between his love of photography, keen eye for what works on camera, and his motto, “I have never been to a place that I can’t find something I like” made him a perfect candidate as a location scout. He has now location scouted and managed over 500 projects. With clients ranging from Pharrell Williams, Adidas, Harley Davidson, Pepsi, Maroon 5, Arcade Fire, Kanye West, Travis Scott, YSL, Twitter, Mc Donalds and almost every car manufacturer around. One of Jason’s biggest accolades and toughest jobs was location scouting on the official “Happy” music video for Pharrell Williams. The world’s first 24-hour video. 3leggeddogentertainment.com

Sex and the REAL City