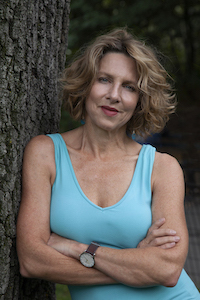 Gabrielle Glaser is the author of “American Baby: A Mother, A Child, and the Shadow History of Adoption,” which tells the shocking truth about postwar adoption in America through the bittersweet story of one teenager, the son she was forced to relinquish, and their lifelong search to find each other. The book was featured on the cover of the New York Times Book Review and CBS Sunday Morning. Gabrielle’s 2013 book examining women’s drinking and the American rehab industry, “Her Best-Kept Secret: Why Women Drink — and How They Can Regain Control” was a New York Times bestseller. Her 2015 Atlantic story on science-based approaches to addiction was included in the Best American Science and Nature Writing anthology of 2016. She is the mother of three grown daughters.

In Death Is There Life?
Scroll to top