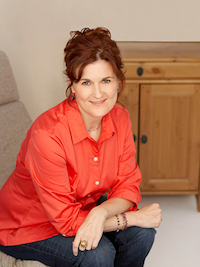 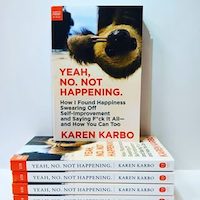 KAREN KARBO is the author of fourteen award-winning novels, memoirs and works of non-fiction including the best-selling “Kick Ass Women” series. Her 2004 memoir, The Stuff of Life (2004), about the last year she spent with her father before his death, was a New York Times Notable Book. Her short stories, essays, articles and reviews have appeared in Elle, Vogue, O, Esquire, The New York Times, and salon.com. Karen is a recipient of a National Endowment for the Arts Fellowship in Fiction, and an Oregon Book Award for Creative Nonfiction. Her latest book, “Yeah, No, Not Happening” was released May 2020.